A Dutch garden center concept in France, that is the new 'Magasin Vert' in Marly, France, near Metz.

The Apex purchasing group (divided over 5 horticultural cooperatives) owns 461 'Magazins Verts' (garden shops) spread across France. The garden center in Marly, which opened its doors on April 6, 2013, is the first large garden center with a new concept. It covers 5,500 m², of which 2,500 m² (partly covered) is an outdoor area, two retail greenhouses of 1,500 m² each and 220 parking spaces.
Particularly charming is that extra-wide parking spaces are provided for parents with children.

The resemblance to Dutch garden centers is immediately clear. A stately facade with lots of glass, finished with green edges and rust-brown plates. The curved trusses have been left in sight both inside and outside. The visitor enters the cold greenhouse with (mostly edible) plants, followed by the pond and animal department, the garden shop and the atmosphere and interior department. At the moment there is no catering, but there is room for one.

New for French standards are the atmosphere and the experience with the visuals and the various atmospheric presentations and the departments with their own wooden floors on the gray concrete. The 'boutique' (a department with French regional products) is typically French and immensely popular.

Magasin Vert in Marly is a recognizable Dutch concept without being a copy. Unmistakably of Dutch origin, but with a strong French accent. 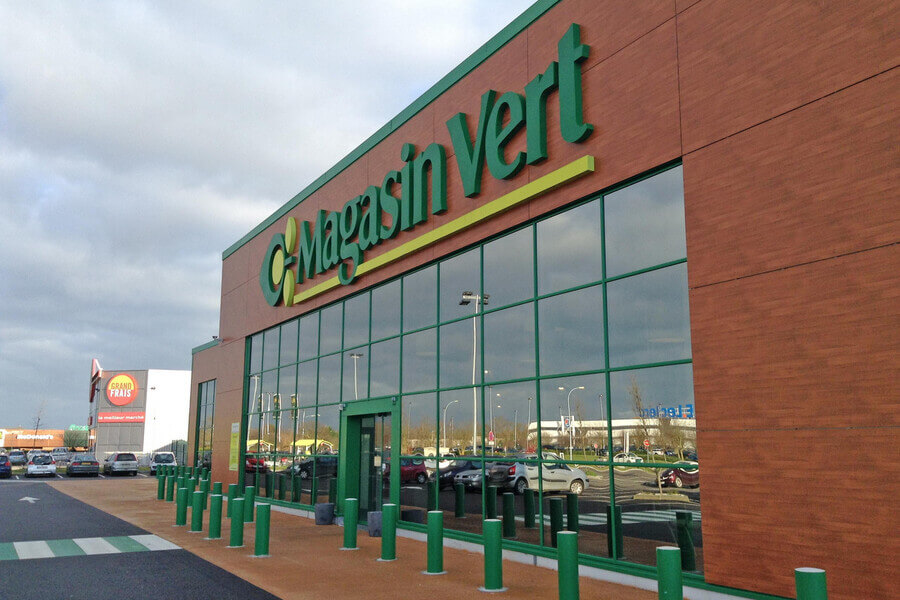 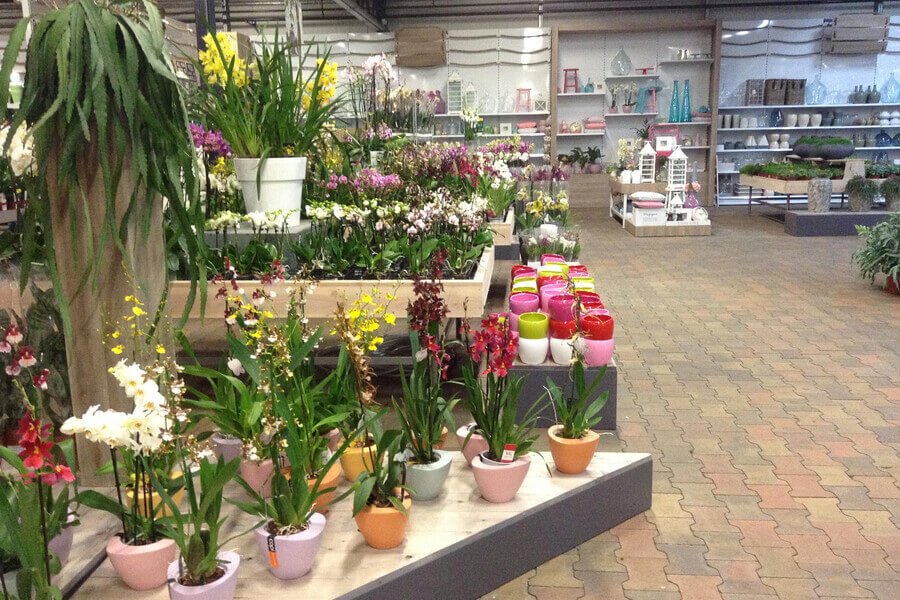 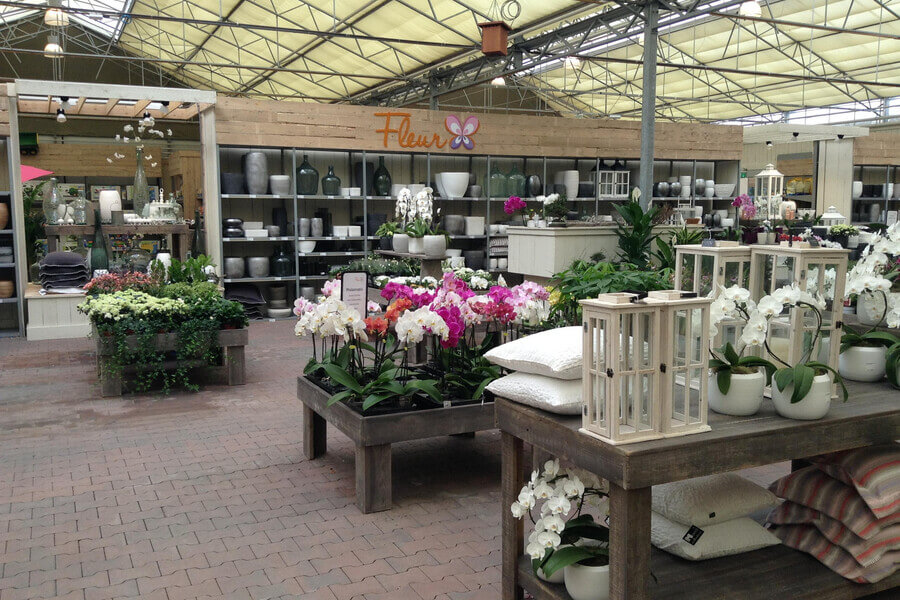 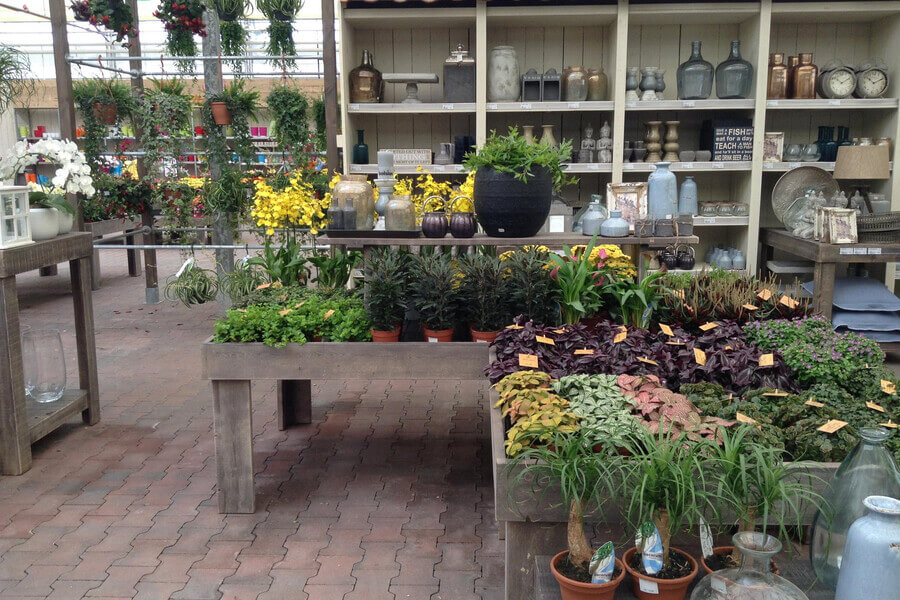 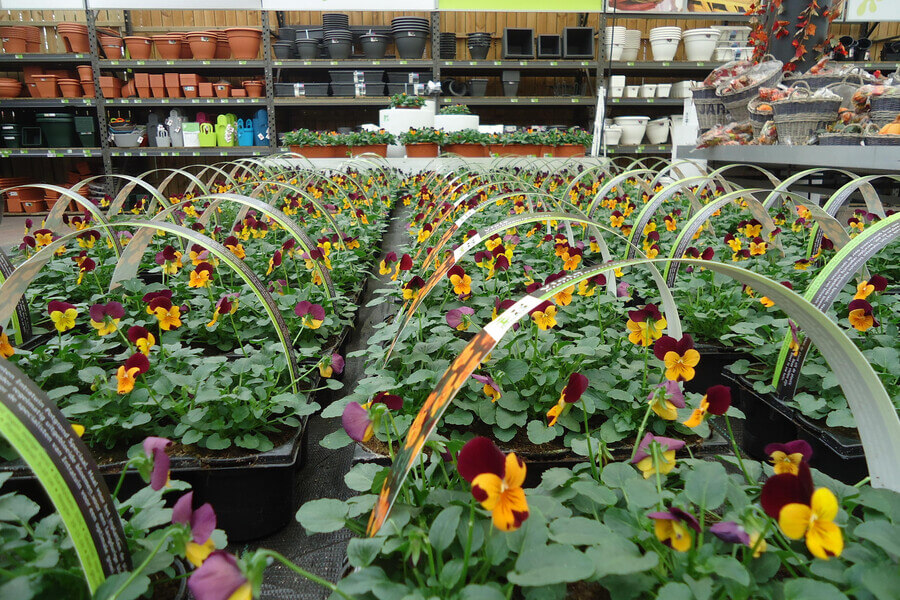 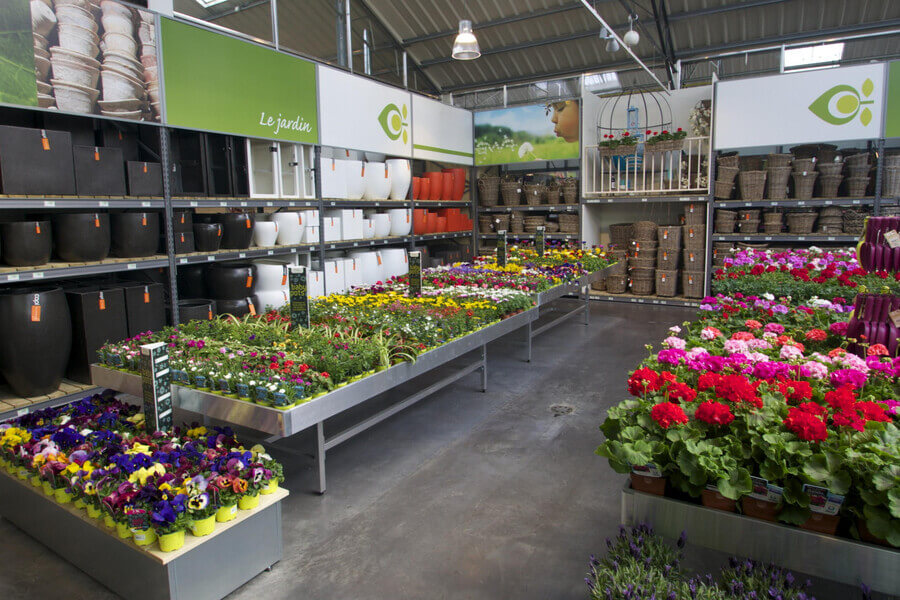 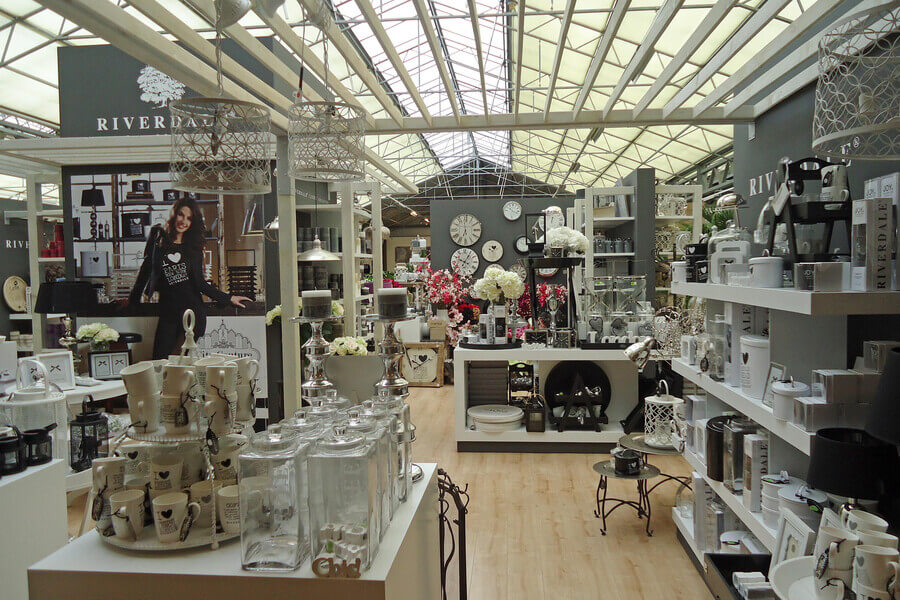 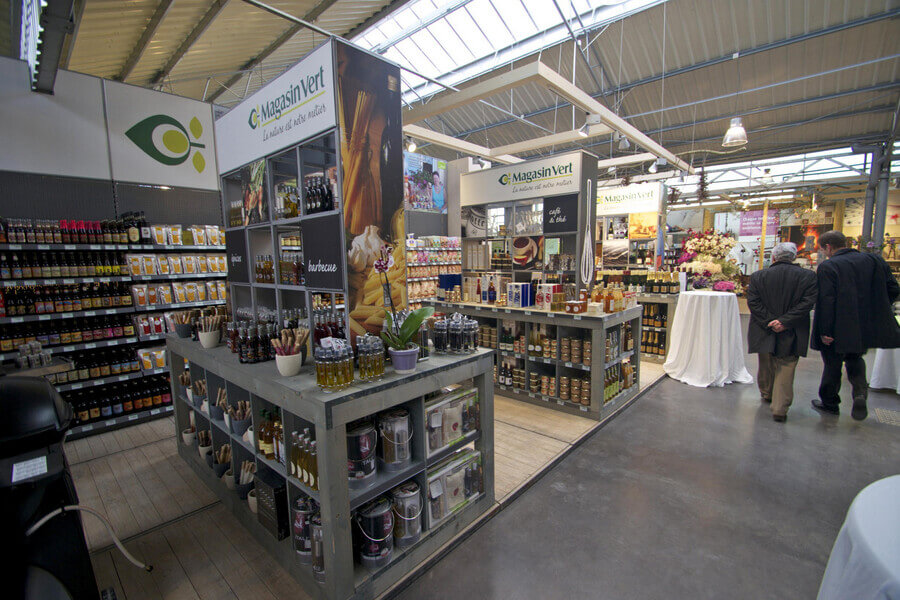 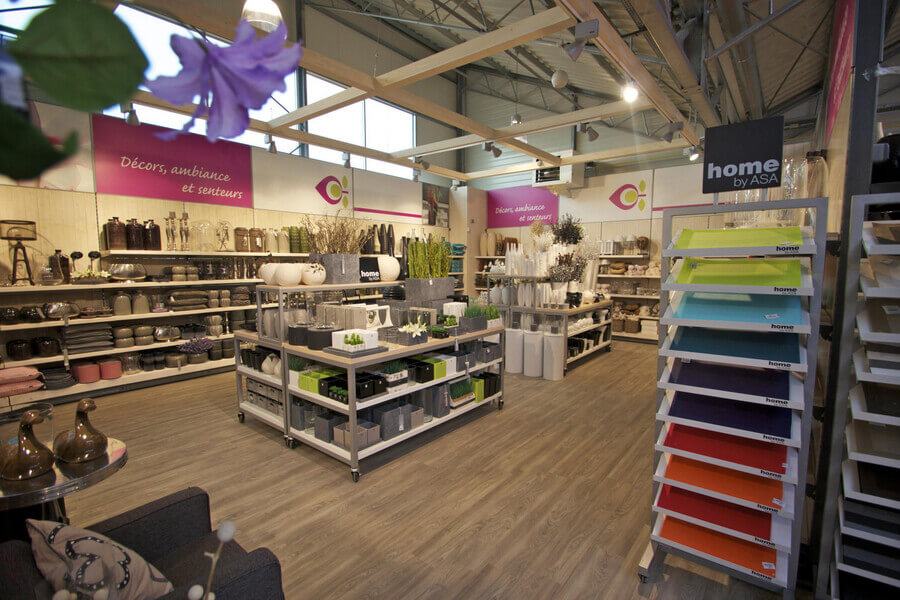 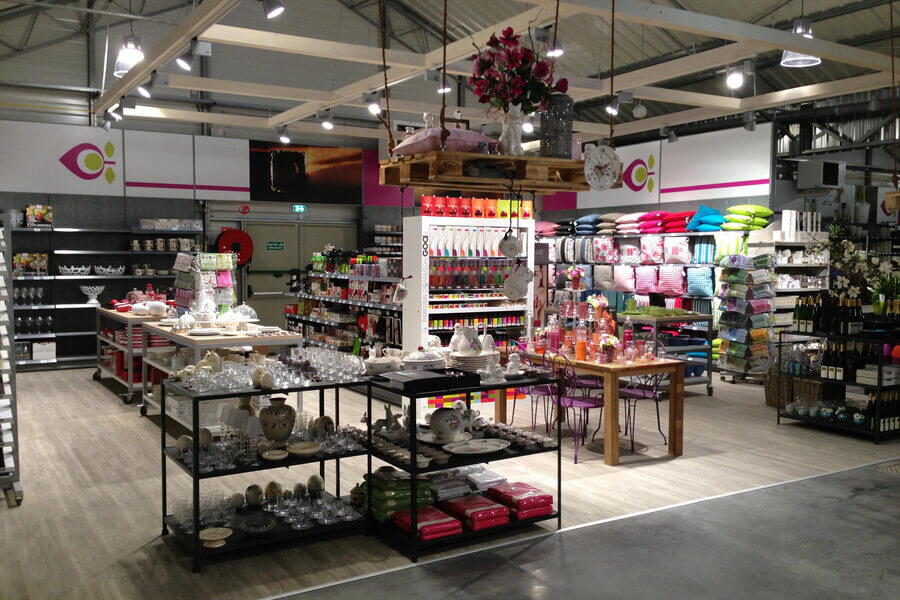 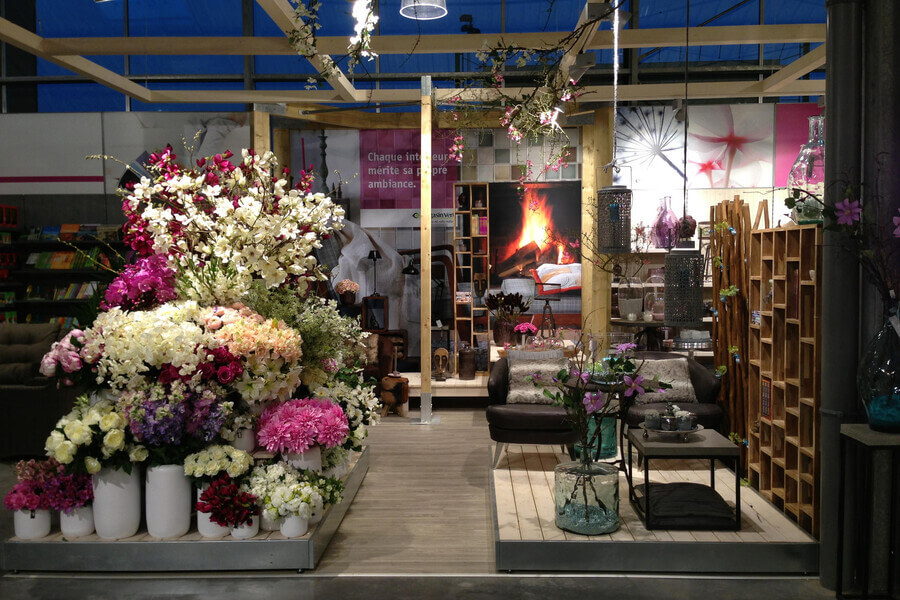 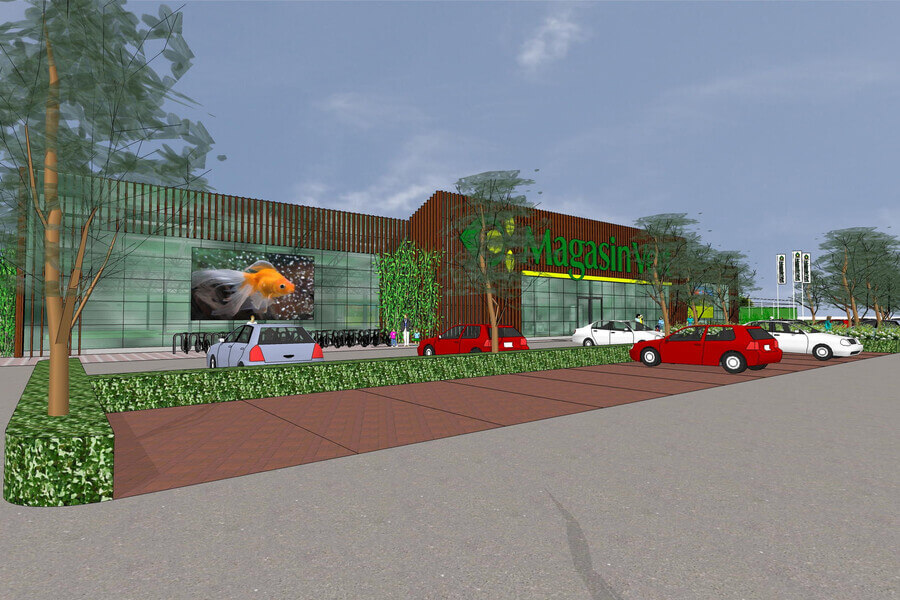 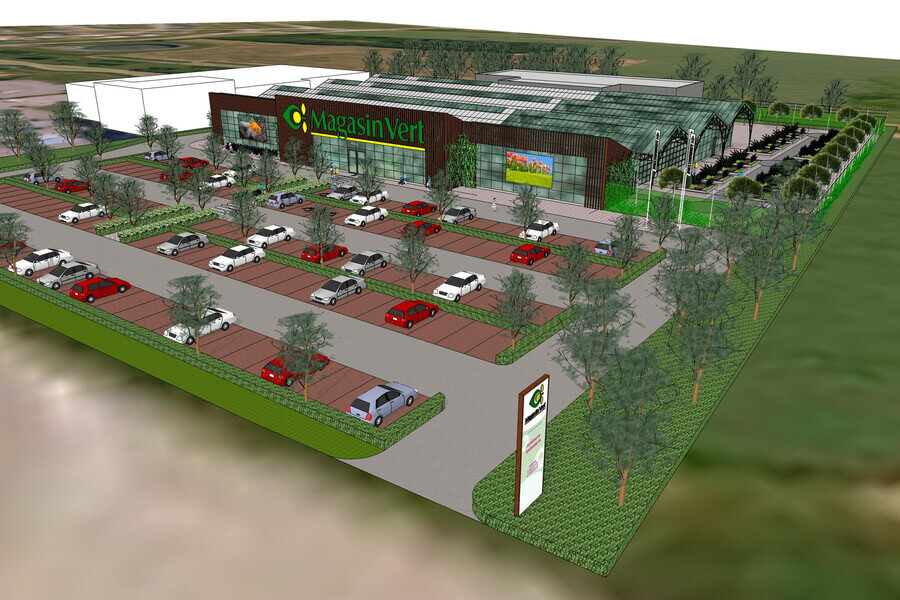