A new Intratuin garden centre was completed in Elst in March 2012. This unique garden center was designed by Breddels Architecten. Prior to implementation of the project, a feasibility study was carried out.

The new garden center boasts in excess of 11,500 m² of floor space, spread over two floors. Attention was focused on important design themes such as sustainability and reuse. The garden center has been equipped with a customized climate system implemented in high-quality materials and amply provided with greenery both indoors and outdoors.

The primary function of the center as a retail magnet is amplified by its focus on maximum shopping pleasure, aided by clear routing, an enjoyable internal climate and plenty of playground facility for the kids. Intratuin also caters to its visitors’ need for sustenance. It features a very special restaurant that seats 450 guests, accommodated in an existing farmhouse which dates back to the eighteenth century.

The farmhouse is spectacularly fully integrated into the modern garden center by means of a 25 meter wide and 14 meter high glass canopy; an exceptional piece of Elst’s past wonderfully preserved and showcased. 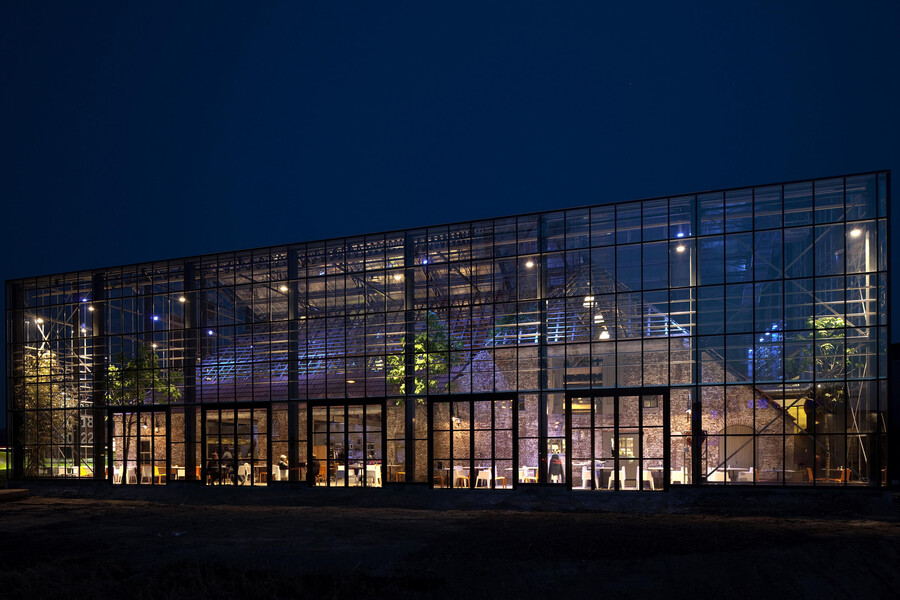 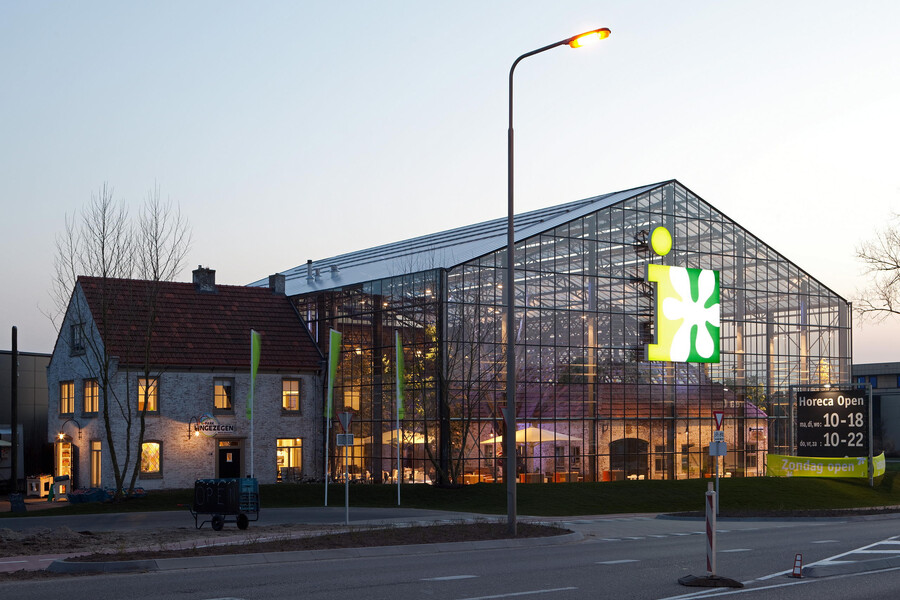 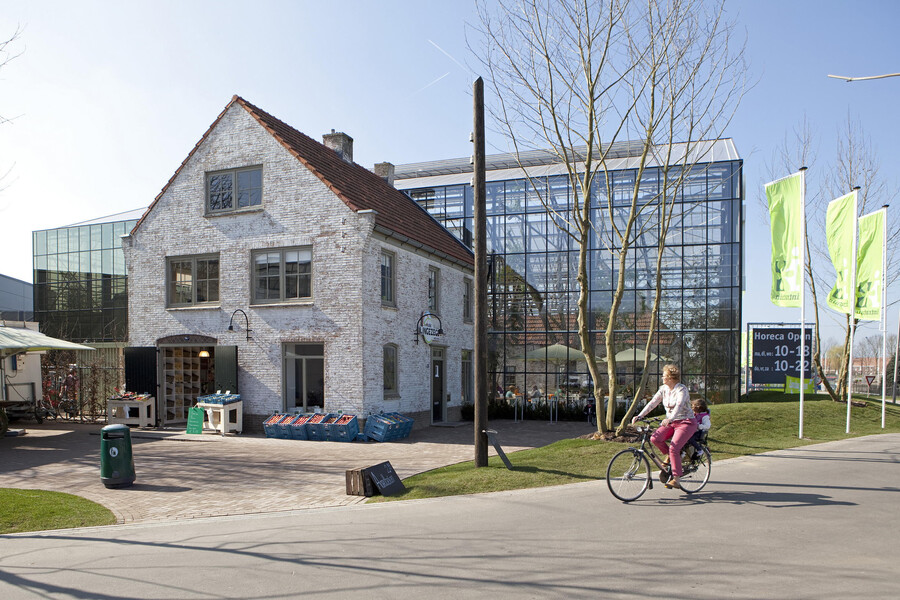 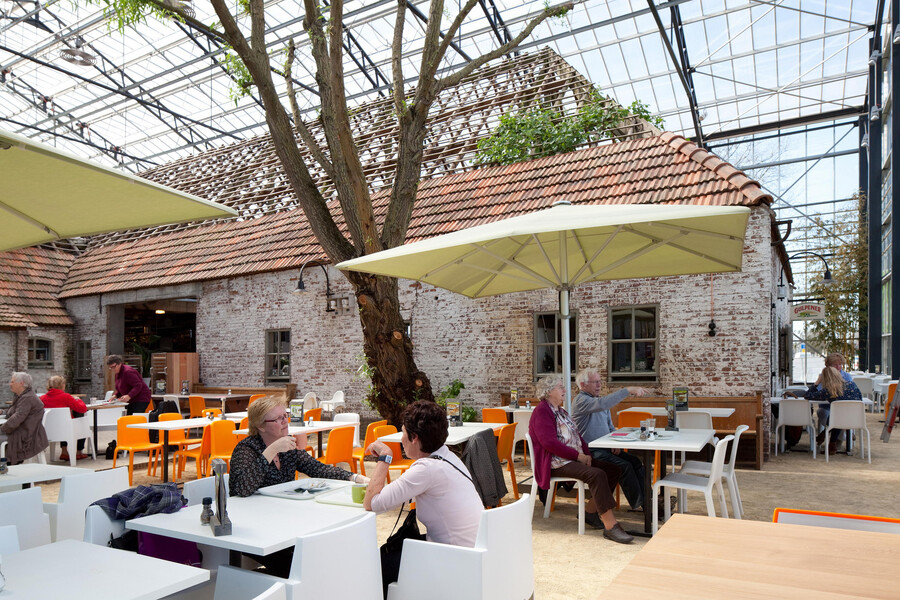 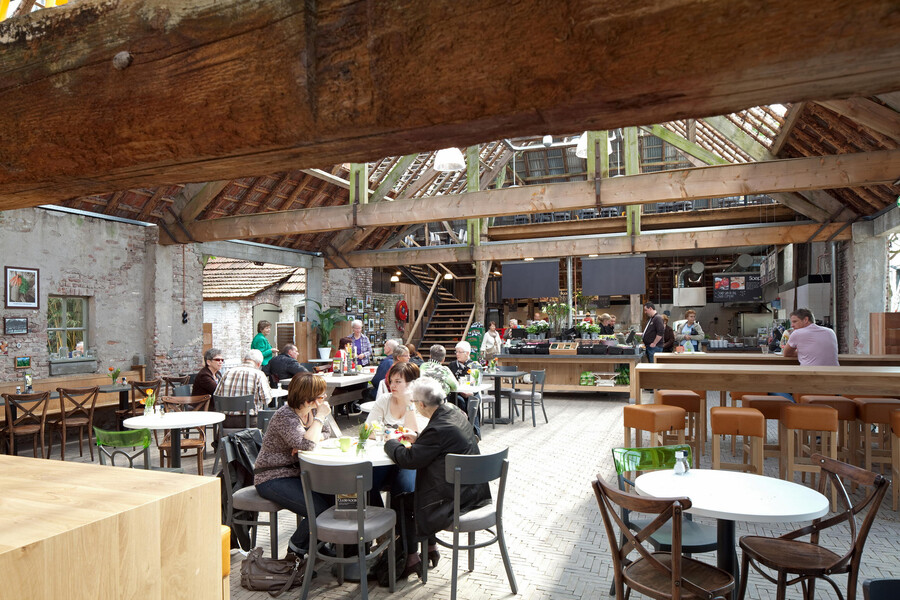 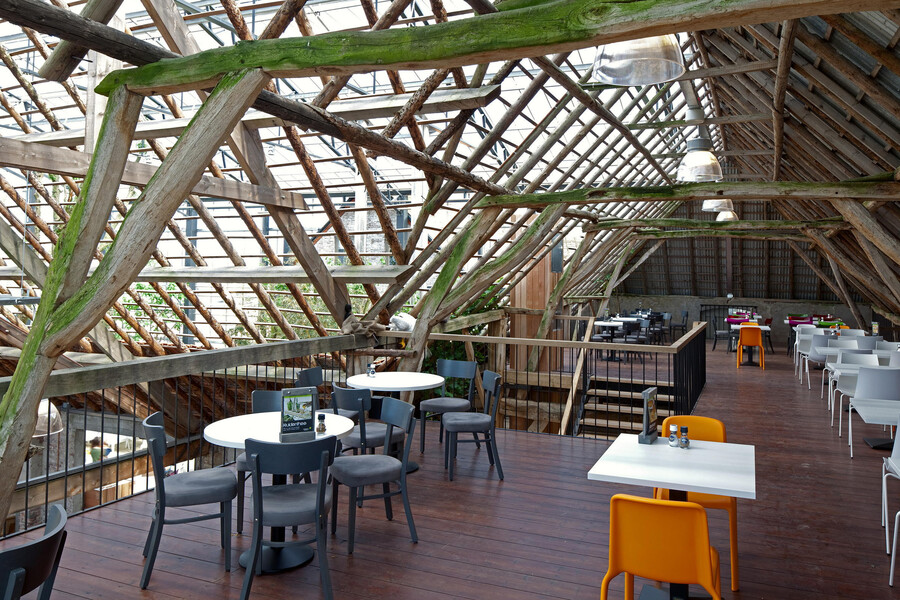 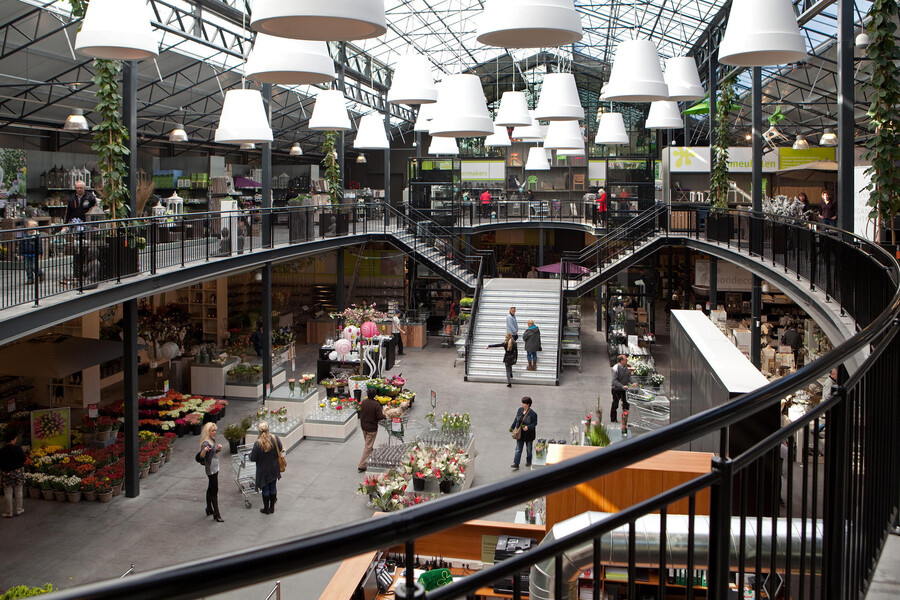 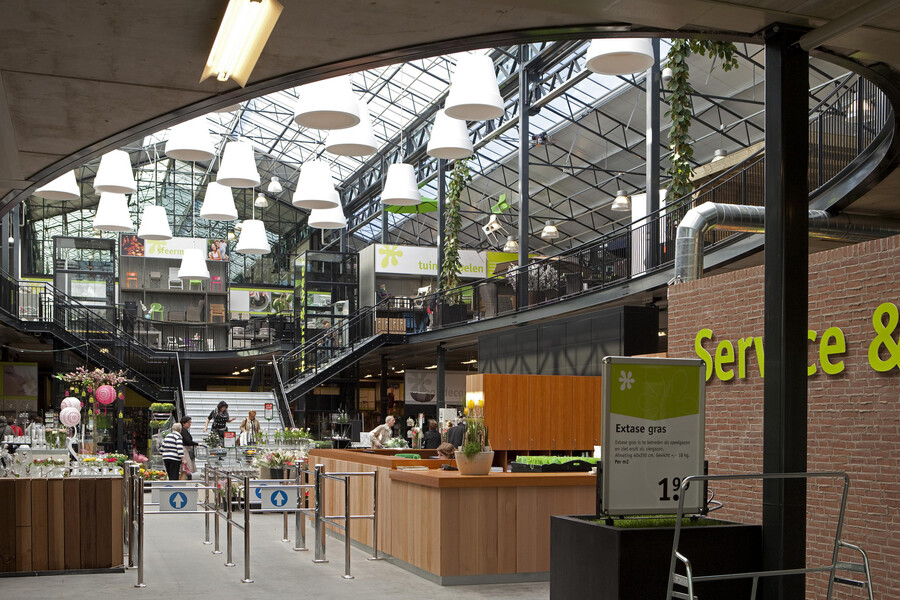 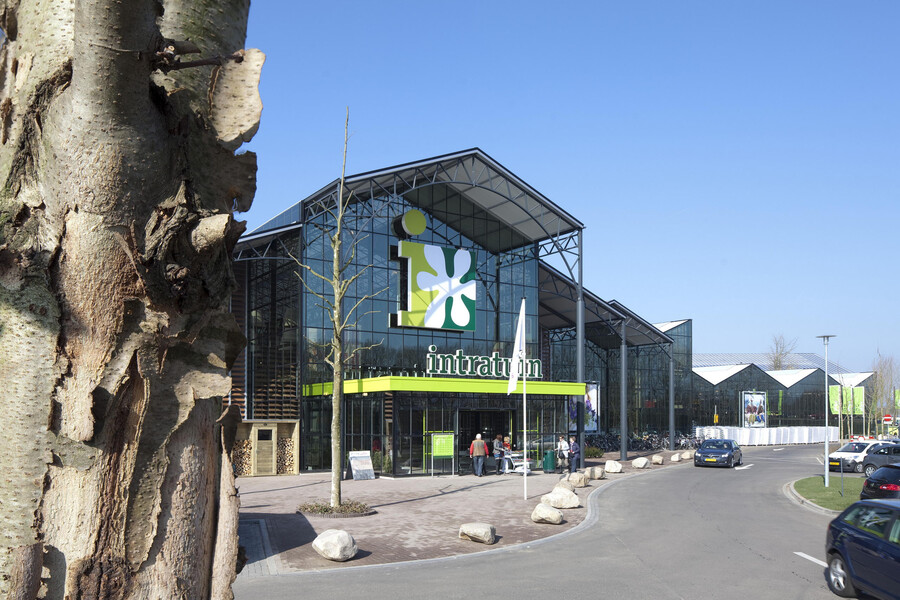 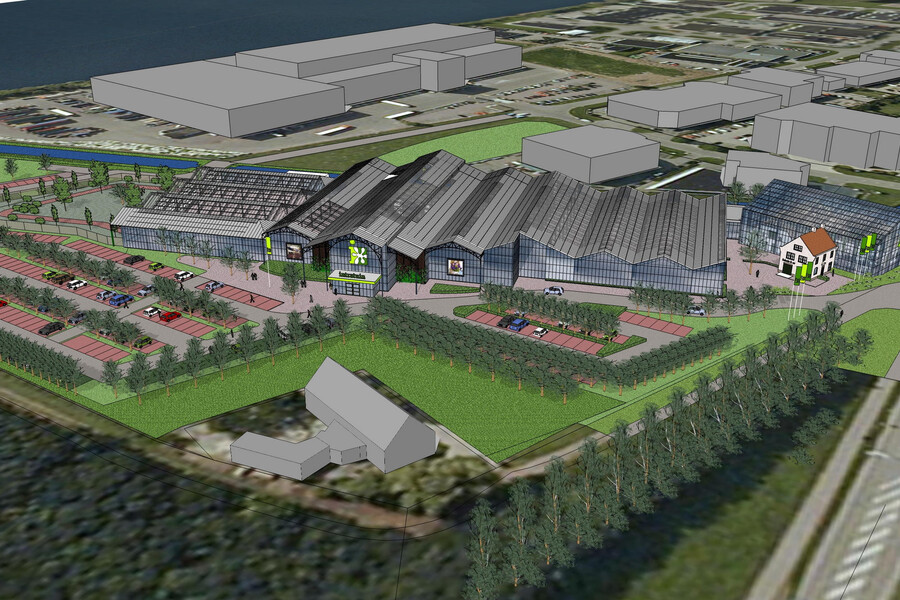 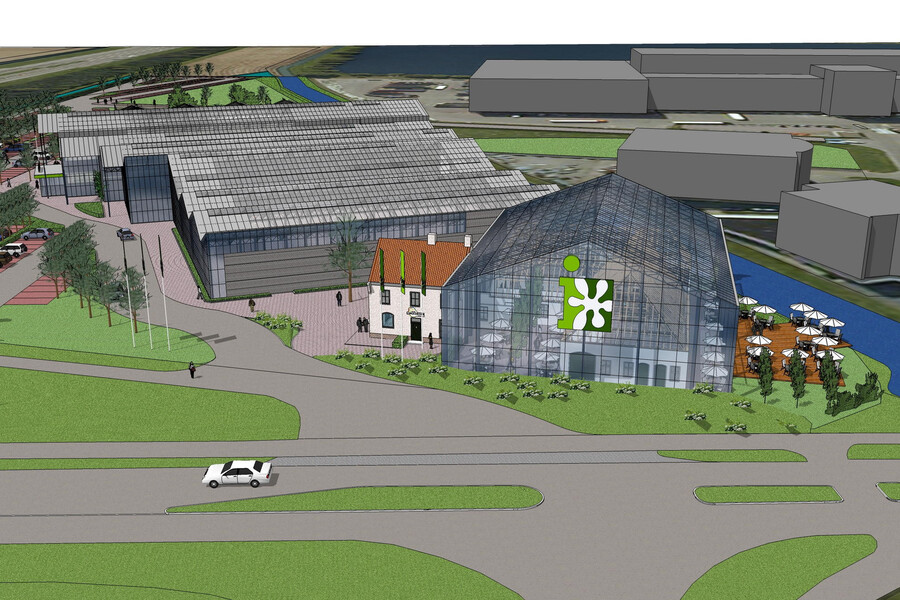